I Learned Anything Is Possible Because I Completed a 5K

I Learned Anything Is Possible Because I Completed a 5K

In the spirit of the upcoming Girls on the Run virtual 5K, we’d love to share this inspiring story about a GOTR girl who was able to unleash her limitless potential through completing a 5K. Even though we may be physically apart during this time, we are still virtually together. Encourage your girl to keep staying active and boldly pursuing her dreams!

It was my second season of coaching. We called all of our parents to let them know what to bring to practice and when it was starting. My co-coach said one of the parents had warned her that they were making their daughter do this and that she didn’t want to.

We were expecting a sullen, uncooperative pre-teen. We got the exact opposite and the epitome of a GOTR girl.

As soon as she realized that Girls on the Run wasn’t all about running, she was all in – and it clicked right away during that first practice. She participated at every practice, raised her hand and shared incredibly insightful and mature responses, as if she had experienced the things we were discussing first-hand. She quickly emerged as a quiet leader — someone who took charge when the group needed it but didn’t demand leadership. She also had a quiet confidence; she was smart and got teased for it, but she knew she was smart and wasn’t going to change that for anyone.

Running didn’t come easily to her, which is why she didn’t want to come to that first practice, but she never complained and instead pushed herself every single time. She listened to us talk about setting goals and implemented that for herself and her running partner when the other girls had to be reminded to keep running. “Let’s run to the lamp post and then walk to the trash can and then run again to the next lamp post,” she would say to her partner. She never missed a practice.

Her whole family got involved. Her older brother was her running buddy. Her parents came to cheer them on during the practice 5K. Her parents, brothers and grandparents came with huge cameras to spectate and cheer during our end-of-season 5K. They beamed with pride. I had the privilege to tell her father, “I don’t think she knows this about herself yet, but she’s a leader.”

The next season, I was thrilled to see she had signed up again. When we sat down in that first practice to discuss with our new team what their expectations of Girls on the Run were, she shared, “At Girls on the Run, I learned anything is possible because I ran a 5K.”

She came back to us for one more season before she aged out of Girls on the Run. This is normally when I lose touch with my GOTR girls, but I was so happy when her mother emailed me to let me know she had continued on to the middle school program, Heart & Sole. I was even happier when I saw her finish her Heart & Sole 5K with her dad by her side as a running buddy. I cheered her on and got a big smile when she realized it was me.

This is what Girls on the Run is about. It’s not about running — it’s about changing girls’ lives and helping them realize they can do things in life that they never thought were possible.

Love what you read? Sign up to receive our emails! Get tips, advice, inspiration
and remarkable stories of women and girls fueling their limitless potential. 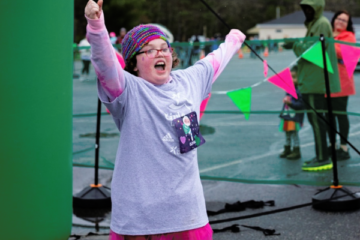 23 Sensational Snapshots from Fall 2022 5Ks You tagged #GOTR5K and we came RUNNING to see your celebrations! The temperatures 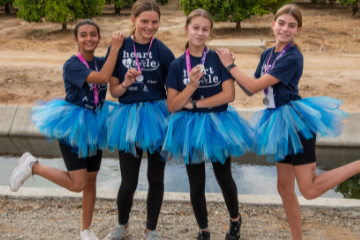 7 Reasons Why GOTR 5K’s are One-of-a-Kind 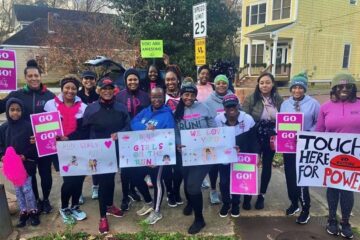 10 Fantastic 5K Signs From 2021! Girls on the Run 5K events are not about competition, but celebration.   Both on