Representation matters. Although we may now frequently see this terminology appear as a suggested Netflix collection, these two words carry meaning beyond our streaming applications.

“Until I saw people who looked like me, doing the things I wanted to, I wasn’t so sure it was a possibility.”

Nichelle Nichols first appeared on Star Trek: The Original Series in 1966 as Lieutenant Uhura during the episode titled “The Man Trap.” Prior to September 8, 1966, all black actors on the big screen portrayed characters in servitude roles. It was the first time in American history that a black character was represented as an equal. Her role as Lt. Uhura and its impact on black Americans even made its way to the attention of Dr. Martin Luther King Jr. At a time in her career where she wanted to leave the show, Dr. King urged her to stay and reminded her of her part in history.

Taking her place in history, Nichelle Nichols not only continued her role as Lt. Uhura, but after Star Trek was canceled, she pushed for change within NASA. Following America’s first moon landing in 1968, Nichelle devoted her time to recruiting more minority and female personnel into NASA. The direct impact of her contributions included Dr. Sally Ride (first female astronaut) and Colonel Guion Bluford (first black astronaut) along with dozens of others. Even beyond her direct recruitment activities, her role as Lt. Uhura would later encourage a young Dr. Mae Jemison (first black female astronaut) to pursue a career in space.

A perfect example of when life imitates art. Although Nichelle Nichols may not have foreseen the ripple effects of her decision to play Lt. Uhura, I admire her because she voluntarily used her voice and her prominence to enact change for women and minorities in STEM. Representation matters because it makes an unfathomable journey fathomable. It transforms dreams into goals. It gives a little black girl with a knack for biology and chemistry the roadmap/accessibility to hold a doctorate in pharmacy.

Love what you read? Sign up to receive our emails! Get tips, advice, inspiration and remarkable stories of women and girls fueling their limitless potential. Plus, learn more about our commitment to inclusion, diversity, equity and access (IDEA). 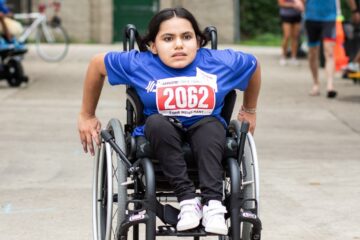 6 Tips for Being Inclusive of Girls with Disabilities

6 Tips for Being Inclusive of Girls with Disabilities There are many young girls with disabilities and that population is growing; now consisting 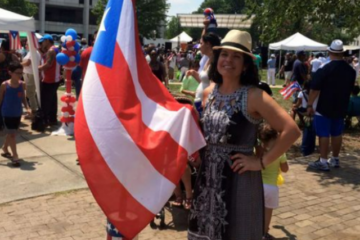 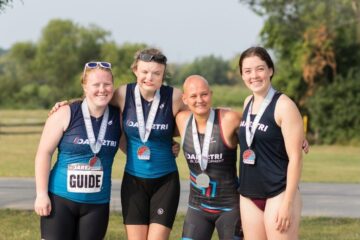 3 Activities to Celebrate the Paralympic Games

3 Activities to Celebrate the Paralympic Games Some sports broadcasts stick with us long after the referees declare a winner.